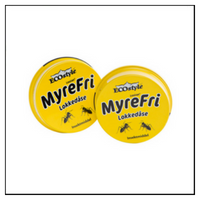 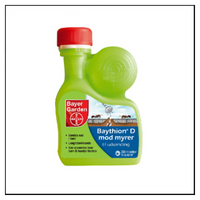 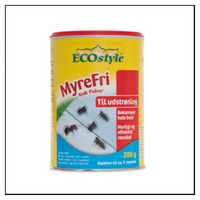 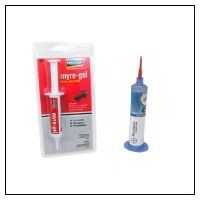 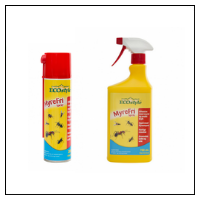 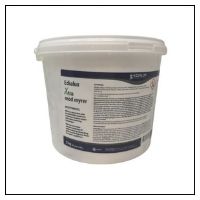 Spring and summer not only offer sunshine and warmth - it is also now that the ant comes out again. They have otherwise enjoyed themselves far down in their anthills over the winter, but now the new queens are ready to fly and in search of a new home.

It doesn't have to be expensive or difficult to get rid of ants in the home. A quick and easy way to get rid of them is to pour boiling water over them. And while you're doing the spring cleaning, remember to descale the kettle - it will last longer. If boiling water cannot do it, then both ant spray, ant granules or ant powder can stop the small insects in the home. If the nest cannot be found, ant bait cans can also be used.

Should you be unlucky that an anthill has sprung up close to the house, this can be moved by digging up the entire hill on a tarpaulin and moving it into the forest; harsher methods such as sprays or ant powder can also be used if it is not possible to move the tuft.

A little about the ant

You can recognize the small insect by its hooked antennae and ball-shaped body joints. Most ants are sterile, wingless workers – only new queens and males gain wings for a short time.

The ant is a eusocial insect, which means that it lives in an organized, hierarchical society, where reproduction is carried out by only one or a few individuals. Sacrifice for the sake of society is important, and therefore we often see the ant attacking much larger insects and animals if the colony is threatened. 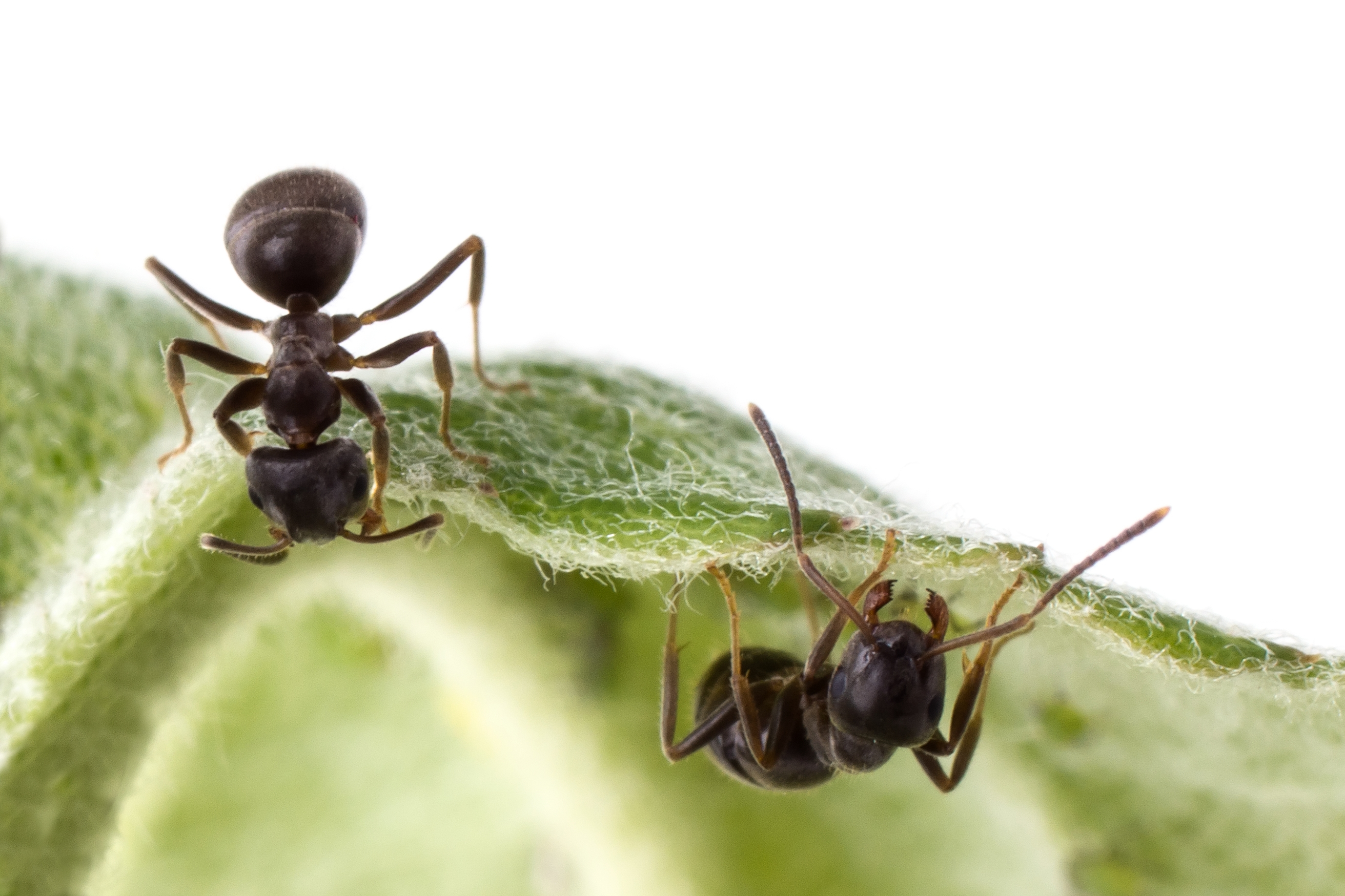 Picture: two ants on top and under a green leaf

How many kinds of ants are there? There are approx. 15,000 species worldwide. In Denmark we have 40-50 species. Within each species there are workers (sterile females), males and queens.

Where does the ant live? They usually live in an anthill underground, but can also live in trees or other natural cavities. A few ants form tufts of their own bodies – these ants are nomadic and often change residence.

Why is it also called a pee ant?

Some ants secrete a stinging poison (formic acid) from a gland on the hind body if disturbed. It does this to defend itself and its colony.

What do ants eat?

They are so far omnivores: everything from insects and worms to seeds and nectar. They are quite happy with sugary food and "milk" aphids for their honeydew. That's why we often see them making a pilgrimage to soda bottles and cut fruit at picnics.

How strong is the ant?

The ant can carry objects that weigh 10-50 times more than itself due to its exoskeleton.

How does the ant communicate?

The ant uses its two antennae to pick up pheromones from other ants. It can, among other things, be information about food, each other's health and nutritional status, and where on the social ladder an ant belongs. If an ant is badly injured, it emits an alarm pheromone so that other ants in the vicinity can prepare for battle. The queen emits her very own pheromone, which means that the workers do not raise new queens while she lives. When she dies, they detect a lack of the queen pheromone and start raising new queens.

What determines whether an ant becomes a worker, soldier or queen?

It is the food in the larval stage that determines whether an ant develops into an ant.

What is the life cycle of the ant?

Egg, larva, pupa, fully grown. An ant can live up to 15 years and through its life cycle it gets more and more responsibility: the youngest workers feed the queen and take care of eggs and pupae, later they start cleaning the anthill and finally they are allowed to collect food for the colony.